Monica C. (34), a Romanian national, was accused of operating a brothel, alongside Ioan B., at an address in Galway on 12 February 2012 and remanded in custody upon Garda request. Monica C. pleaded guilty. At a later court date a garda witness said he had not uncovered any element of trafficking. Evidence was presented that Monica C. was offering sexual services, including that Gardaí had found used and unused condoms at the apartment. She was sentenced to three months in prison with the judge saying said he did not believe her when she said she had three children in Romania, had been working as a cleaner in Dublin for two weeks before coming to Galway to operate the brothel and could not provide details about the persons who rented her the apartment. The judge said he wanted to know whether Monica C. was “part and parcel” of the brothel operation or a victim. Her solicitor said she had pleaded guilty to running the brothel and she was doing so on her own as a sole trader. It is not known if Ioan B. was convicted of brothel keeping. 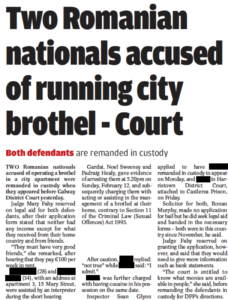 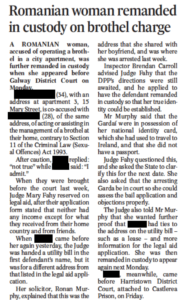 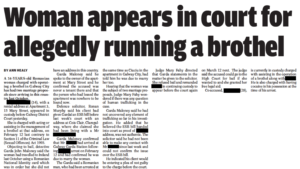 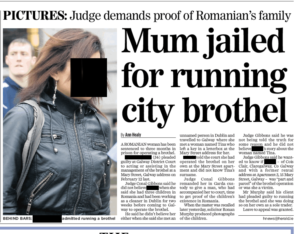 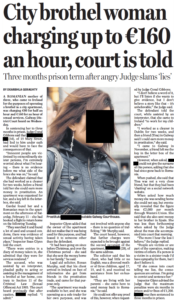 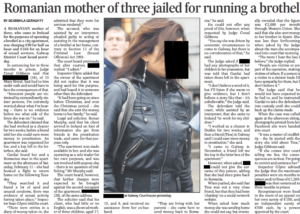